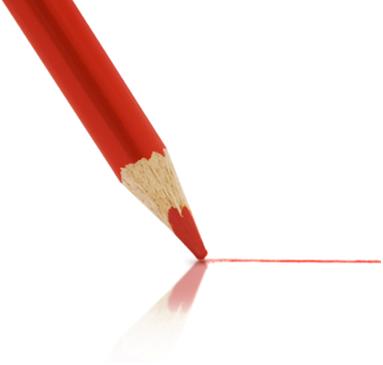 On July 10 the first round of negotiations on the Transatlantic Trade and Investment Partnership (TTIP) between the EU and the US got underway in Washington DC.

And much to our relief, the audiovisual sector is not on the table.

The process that got audiovisual services excluded from the negotiating mandate proved messy and high tempered with emotions running high on all sides.

Ever since the European Commission published its proposal for a draft mandate back in March, the initial inclusion of the audiovisual sector was met with anxiety and disbelief. This was after all a battle we thought we had won in 1993 with the GATT (General Agreement on Trade and Tariffs). And since then the EU’s own Treaty as well as the Unesco Convention on cultural diversity should surely provide further safeguards for keeping culture out of trade agreements.

But the Commission kept stubbornly to their strategy of not excluding any sector, however sensitive, but tried to offer assurances that they had no intention of making any concessions in this area.

To the film community this was Chekhov’s gun. Why introduce it if you don’t plan to use it? Considering that Hollywood products are the US’ second largest export after weapons, it seemed likely that their side would want to obtain something in this area. And in a document dated October 2010, the Motion Picture Association of America (MPAA), which represents the big studios, did point to the Audiovisual Media Services Directive (AVMS) as a trade barrier to US export of filmed entertainment. But the Brussels office of the Motion Picture Association, on the other hand, ensured their European colleagues that they had ”made their peace” with our quotas and subsidies and did not ask the US government to include audiovisual, but nor did they ask for its exclusion.

It was all a bit of a mystery. But if the true motives seemed unclear on both sides, the European audiovisual community still felt that the Commission was prepared to use our sector as collateral in order to obtain other important things in the negotiations. So the protests continued and gained momentum.

In a meeting between Commission President José Manuel Barroso and French President François Hollande on May 15, 3 so-called ”red lines” were set out in order to lay down certain parameters to safeguard Europe’s audiovisual sector. In the weeks that followed, Commissioners Vassilliou and De Gucht spoke in public and gave diverging versions of these red lines. The Commission was  communicating conflicting messages.

But as discussions on the wording of red lines overshadowed the initial issue of quotas and subsidies, the real question finally came to the surface: What happens to our audiovisual works online? What space will Europe have to make its own policy regarding online operators?

What was really at stake was more than the current legislation on investment in and promotion of independent European works, but also how the audiovisual sector can be equipped to straddle the transition to the digital economy and an online market place which today is completely dominated by American giants such as Google, Amazon, Apple iTunes.

At a time when Google has 95% market share in many European countries and face investigation on both sides of the Atlantic on the possible abuse of dominant position, why did the European Commission seem so eager to hand over the remaining 5 % ?

A new wave of American services such as Netflix and HBO are sweeping across Europe. From what I understand they operate under an editorial policy of 80 – 10 – 10: 80% American content, 10 % local (national) and 10% regional (European).

These services would presumably not want to comply with AVMS Directive article 13 on the contribution of online services to the production and promotion of European audiovisual works, which also still lacks proper implementation by most Member States.

On May 14 French Minister of Culture Aurélie Filippetti enlisted 13 of her European colleagues to call for the exclusion of audiovisual services from the negotiation mandate, and on May 23 the European Parliament embarrassed the Commission by voting a non-binding resolution with the same crystal clear message: Culture is non-negotiable.

And finally, on June 14, with the weight of a looming veto and 12 hours of intense debate, French minister of Ecology, Sustainable Development and Energy, Nicole Bricq won the support of the Council in favour of the exclusion of audiovisual services – at least for now. The Commission has made it clear that it has the right to come back and ask for a revised mandate at a later stage if it so wishes.

A few days later, FERA was part of a delegation of audiovisual organisations who met with the top bureaucrats at DG Trade. Both sides explained the thinking behind our respective positions. Our side feels reassured that the Commission will respect that audiovisual is now not part of the mandate, and given the current public consultation on a possible revision of the AVMS Directive (the Green Paper on Convergence in the AV World) any demand to reopen this issue in the context of the trade talks is not going to be put forward anytime soon.

The message from DG Trade was: ”There is no plot”. This does not mean that the European audiovisual sector should not remain vigillant in this process. There are still issues on the table that can affect us both positively and negatively, such as e-commerce and telecommunications and intellectual property rights.

The lesson to be learned from this ordeal is that no battle is won once and for all. At a time when the European Commission seems to be challenging our sector on many fundamental issues such as state aid rules and now the AVMS Directive, we must all try to protect the thin red line between the cultural exception and the onslaught of dogmatic market liberalism.