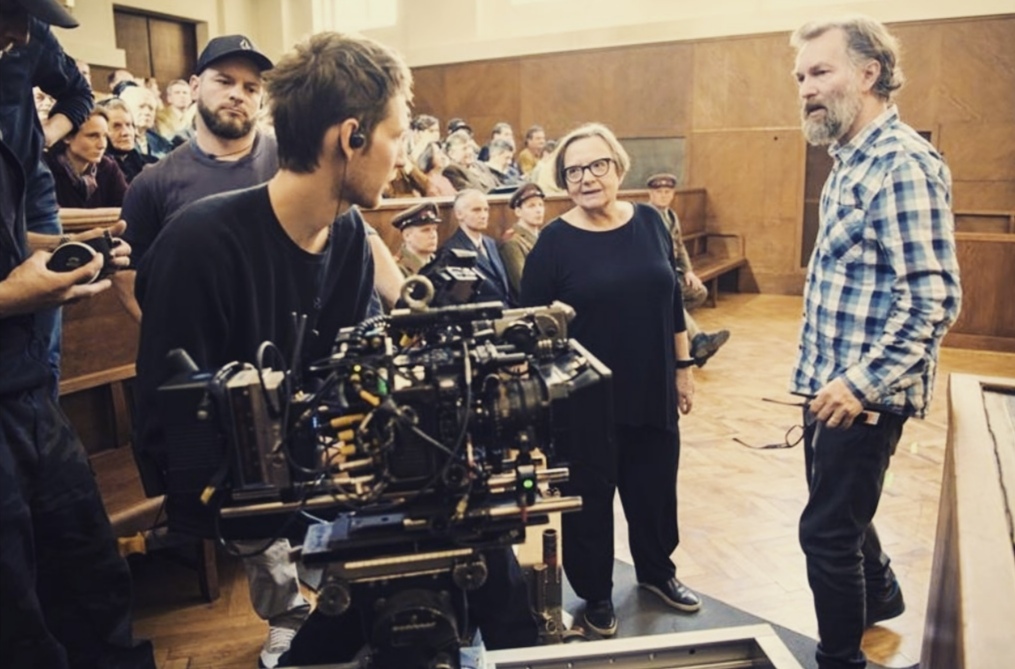 Guest comment: “Covid-19 crisis will have a profound impact on film finance”

Polish director and honorary president of European filmmaker body FERA Agnieszka Holland, shares her thoughts on the future of independent cinema amid the Covid-19 pandemic.

Whether it’s a lack of money or conflicts on set there are always challenges as a director. That’s what makes this profession so stressful and at the same time so wonderful: every day brings fresh challenges and with them endless possibilities and solutions.

But what we’re living through now is not comparable with anything we’ve experienced in our living memories because it touches every aspect of our work – from how it’s funded, to our relationship with audiences, to the practicalities of being on set.

While the current situation is extremely advantageous for the streaming platforms, it’s deadly dangerous for cinema – especially independent cinema.

It’s going to take time to coax audiences back into theatres. The amount of money generated at the box office is going to be far smaller for some years, if not forever, and this will have a profound impact on film finance. The level of production is bound to drop and the scope of the films being made will also be reduced. It will be difficult to finance films that are not destined for streaming platforms or cables.

That’s why it’s essential that those making profits from this situation and our work, whether they’re VOD players or streaming platforms, make a contribution right now and support local audiovisual ecosystems throughout the long-lasting effects of the COVID-19 pandemic. Without independent films, even when the streamers have their own production pipelines, they cannot make enough to fulfil their needs.

This will be one of the next big battles of the European Union: for cultural diversity – and a shift that could save our industry, particularly production and promotion of our works. And, I would go further: the time has come to think outside the box, why not consider a levy on manufacturers of smartphones, tablets and other supports on which people watch our content?

Our European co-production model will remain important as ever but the financial demands of the partners will end up prevailing over the artistic needs of the production. Whereas in recent years, they have been able to exercise some flexibility on where their investment is spent, this will likely change. Funders are going to want to see their investments spent in such a way that helps their local economies.

While the virus is around everything will take longer and cost more. Existing insurance companies can’t guarantee all these productions when there is a risk of them being shut-down. They will go bankrupt and I can’t see completion bonds taking over.  Travel will be an issue too. I’m currently preparing a series for Apple which is due to shoot in Paris over the summer and there’s a big question over how to get the actors over from LA.

I see independent filmmakers turning to very light, Dogma-style productions or productions in the vein of Éric Rohmer, using small crews and a handful of actors or amateurs, who are prepared to go on a journey with a production over a number of weeks.

Hollywood cinema can be shot in the studios with even more special effects and green screens, but for independent cinema it will be difficult to keep spectacular production values so the power of a film will rest in the storytelling. Films will need to be original and relevant enough to draw audiences even if they’re not visually attractive or commercial in a traditional way.

A hope for new cinematic visions

Some suggest the pandemic could give rise to new cinematic visions and waves in the same ways as World War Two. The situation is very different but there are similarities in that the pandemic is the first truly global event experienced by younger generations.

Roberto Rossellini, Federico Fellini, Andrzej Wajda, Akira Kurosawa, Michelangelo Antonioni and Ingmar Bergman all lived through the war and bore witness to that incredible human crisis and its aftermath. It made them richer as people and strengthened the stories they had to tell. They created films that were deeply personal and universal at the same time.

I don’t see this happening yet. I’ve been watching lots of little films and short clips inspired by the virus and resulting quarantine experience. Some are beautifully shot, poetic even, but nearly all of them are somehow superficial.

Younger generations are for now experiencing this pandemic in a very different way from the post-World War Two generation because they are so much engaged in the virtual world, although in long run they will have to face the reality of its violent consequences: it’s not necessarily the pandemic, but rather the economic crisis that is awaiting us further down the line that will have the real impact.

The challenge will be to create stories that are relevant and reflective of today’s reality in the face of something that is so big and so unknown. The important thing is that filmmakers don’t become victims of this situation and are given the support and space to develop a new artistic language in response to the restrictions and challenges that we are all going to face.