DSA: A Missed Opportunity and A Step Backwards 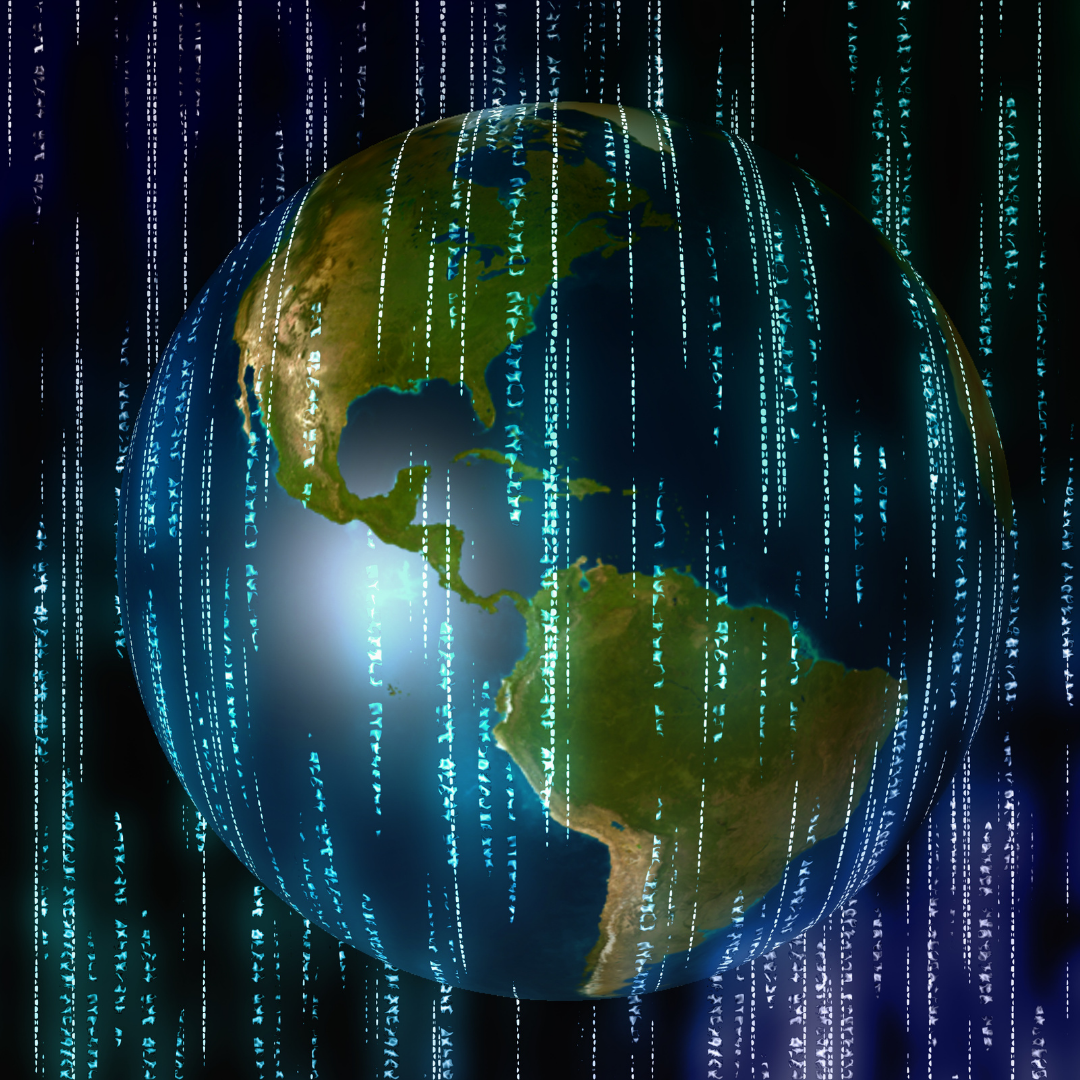 We are very concerned about the direction that discussions on the Digital Services Act (DSA) are taking in both the European Parliament and in the Council.

Rather than meeting the DSA’s original objective of establishing an accountability framework for online platforms and creating a safer and more trustworthy online environment, some of the changes currently proposed by both institutions would have the very opposite effect. If the proposals, as they stand now, are approved the DSA would be a missed opportunity and a step backwards. It would weaken the current liability regime and have a detrimental impact on the existing standards and good practices for addressing illegal content and activities, including online infringements of copyright and related rights.

Among other points of concern to our sector, there are three specific issues that we would like to draw your attention to:

1) The goal of increasing the accountability of search engines should be achieved through the introduction of effective due diligence obligations and not by making them beneficiaries of a broad and unjustified immunity (“safe harbour”). This would fall below some existing national measures and obligations on search engines to effectively remove illegal content. This would also go against the EU’s general political commitment not to modify or broaden the liability limitations under the e-Commerce Directive. We are also very concerned about the proposals to establish that intermediary services can continue to benefit from the “safe harbour” privileges even when they do not comply with their due diligence obligations. The contrary is true; diligent behaviour is and should continue to be a factor to assess the eligibility for “safe harbours”. Offering the “safe harbour” privileges to non-diligent operators would remove all real and impactful incentives for compliance with their obligations under the DSA.

2) The introduction of specific time limits (even as upper limits) for the take down of illegal content would substantially weaken the current obligation to take “expeditious” action, creating an unintentional disincentive for hosting services to act as diligent operators. The DSA should ensure that “expeditious removal” means ‘as fast as possible’ for all content and even ‘immediately’ during live broadcast and for content that has particular time sensitivity. Any indication of specific time limits would be short-sighted and make the DSA obsolete very quickly in light of the continuous and rapid technological developments.

3) The lack of ambition in setting truly effective due diligence obligations fails to reflect the broad scope of illegal activity that takes place online. In particular, extending the scope of application of the obligations to ensure the traceability of business users (“Know Your Business Customer”) is absolutely necessary to tackle the serious problem of illegal operators acting on a commercial scale and hiding behind false identities. There should also be more effective tools introduced when it comes to addressing rogue players, repeat infringers and systematic illegal activities. A meaningful mechanism for the enforcement of these obligations should be established to ensure that EU consumers have as little exposure as possible to illegal content, services and products.

The DSA is a great opportunity for the EU to create a secure, well-functioning online environment that enables our creative sector to grow in the EU Digital Single Market. It is crucial to make the most of this opportunity to future-proof the DSA and ensure high standards of diligence and accountability for online operators.

We urge you to take our concerns into consideration and to ensure that the DSA achieves its original objectives and does not hinder the growth of our sector.

We stand ready to support you in this endeavour and we remain available to discuss this with you further.

AEPO-ARTIS is a non-profit making organisation that represents 36 European performers’ collective management organisations from 26 different countries. The number of performers, from the audio and audiovisual sector, represented by our 36 member organisations can be estimated at 650,000. AEPO-ARTIS’s mission is to protect, strengthen and develop performers’ rights and to advance their collective management. Thereby, AEPO-ARTIS aspires to ensure all performers benefit from the exploitation of all their performances and thus contribute to creativity and cultural diversity.

CEPIC, the Center of the Picture Industry, federates 600 picture agencies and photo libraries in 20 countries across Europe, both within and outside the European Union. CEPIC’s membership includes large and smaller stock photo libraries, major photo news agencies, art galleries and museums, video companies.

ECSA, the European Composer and Songwriter Alliance, represents 57 member organisations and over 30,000 professional composers and songwriters in 27 European countries. ECSA’s core mission is to defend and promote the rights and interests of composers and songwriters with the aim of improving their social and economic conditions, as well as enhancing their artistic freedom.

EIBF is an umbrella organisation representing national booksellers’ associations in the EU and beyond. Through its members, it speaks on behalf of more than 25,000 booksellers of all kinds, including brick and mortar retailers, chains and independent shops.

EUROCINEMA represents the interests of film and television producers to the European Union bodies concerning all the issues directly or indirectly affecting film production.

FEP, the Federation of European Publishers, represents 29 national books and learned journals publishers’ associations of the European Union and the European Economic Area.

FERA (Federation of European Screen Directors) was founded in 1980 and represents film and TV directors at European level, with 48 directors’ associations as members from 35 countries. It represents more than 20,000 European screen directors, representing their cultural, creative and economic interests.

FIA, the International Federation of Actors represents performers’ trade unions, guilds and professional associations in about 60 countries. In a connected world of content and entertainment, it stands for fair social, economic and moral rights for audiovisual performers working in all recorded media and live theatre.

FIAPF is the International Federation of Film Producers’ Associations. Its members are 34 film and TV producer organizations from 27 countries, including 15 in the EU/EEA. Their activities include the development and production of films and audiovisual content which are distributed offline and online via all forms of authorised and legal online distribution channels.

FIM, the International Federation of Musicians, founded in 1948, is the only organisation representing musicians’ unions globally, with members in 65 countries covering all regions of the world. FIM is recognised as an NGO by diverse international authorities such as WIPO, the ILO, UNESCO, the European Commission, the European Parliament or the Council of Europe.

GESAC, the European Grouping of Societies of Authors and Composers, comprises 32 authors’ societies from across the European Union, Norway, and Switzerland. As such, it represents over one million creators and rights holders in the areas of musical, audio-visual, visual, and literary and dramatic works.

IAO, the International Artist Organisation, is the umbrella association for 10 National coalitions advocating for the rights and interests of the Featured Artists in the music industry.

ICMP is the world trade association for music publishers and companies. It represents more than 90% of the world’s published music. Our membership comprises 61 national associations, including each of the 27 EU Member States.

IFPI, the International Federation of the Phonographic Industry, is the organisation that promotes the interests of the international recording industry worldwide. IFPI’s mission is to promote the value of recorded music, safeguard the rights of record producers and expand the commercial uses of recorded music in all markets where its members operate.

IFTA is the global trade association for independent film and television production, finance, distribution, and sales companies. The organization represents the independent sector before governments and international bodies and provides significant entertainment industry services to more than 135 member companies from 23 countries.

IMPF is the global network for independent music publishers. It represents the interests of indie music publishers internationally, shares experiences and best practices, exchanges information on the copyright and legal framework in different territories and jurisdictions, and helps stimulate a more favourable environment for artistic, cultural and commercial diversity for songwriters, composers and publishers everywhere.

IVF, the International Video Federation. Its members are associations representing businesses active in all segments of the film and audiovisual sector in Europe. Their activities include the development, production, and distribution of films and audiovisual content as well as their publication on digital physical carriers and via all forms of authorised and legal online distribution channels (TVOD, SVOD, AVOD).

MPA, the Motion Picture Association, is the leading advocate of the film, television, and streaming industry around the world.

SROC, the Sports Rights Owners Coalition, is a forum of over 50 international and national sports bodies and competition organisers, with a particular focus on rights issues.

(1) Before the start of the Covid crisis, the EU’s 28 (before Brexit) cultural and creative industries employed more than twice as many people as the telecommunications and automotive industries combined (7.6m jobs) and represented 4.4% of EU GDP in terms of turnover (€643bn). 99% of the sector’s businesses are SMEs.

Read and Download the PDF version of the Joint Letter here.