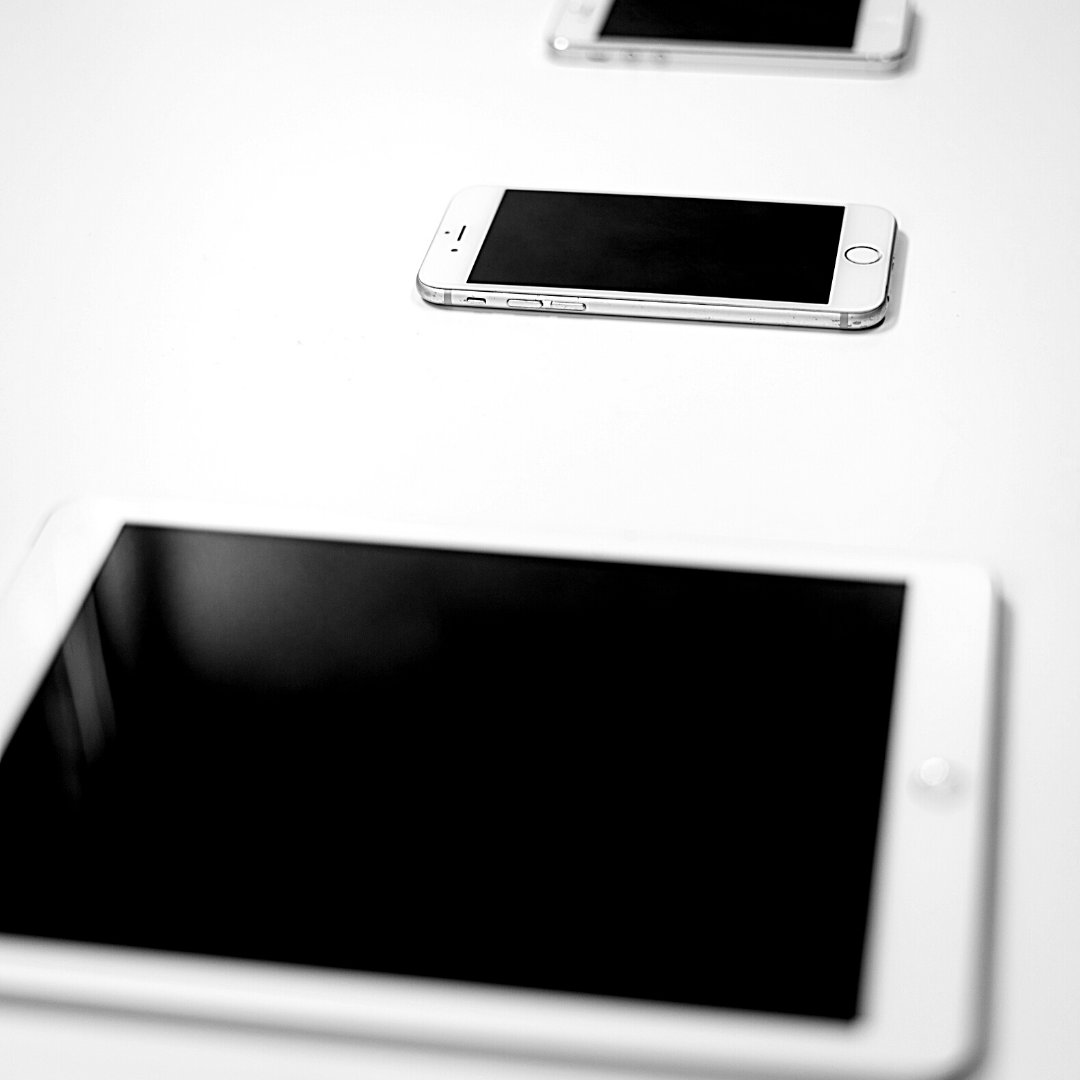 Some of the world’s biggest consumer device manufacturers are aggressively targeting the Visegrad Four countries in an effort to weaken national legislation or application of the existing legal framework on private copying. European organisations and unions representing authors, performers, publishers and creative workers therefore call on governments and EU decision-makers to take a firm stand against this new attempt to undermine a system that has long benefitted European creators, culture and society.

The private copying compensation system, which exists in most European countries, including the V4, entails device manufacturers or importers paying a fair compensation that is calculated using market research on the private copying of creative works through the relevant media and devices. The system provides consumers with legal certainty when freely making personal copies of songs, movies and other creative works on their devices. It also does not affect in practice the retail price of devices.

As it stands, private copying compensation has contributed significantly to the remuneration of creators, and the funding of local cultural activities. Festivals, independent local bands, small film production companies – these are just some of the beneficiaries of a broad ranging system. Private copying compensation schemes contribute to fuelling grassroots culture, which eventually impacts the whole cultural sector and reduces the financial burden on Member States’ cultural policy.

The funds created from private copying compensation schemes have been instrumental in providing “first aid” support and a safety net for the most vulnerable creators, who are suffering from the devastating economic impact Covid-19 has had on the entire cultural and creative sector.

Apple, Huawei, LG, Samsung and Xiaomi were the biggest selling brands of mobile devices in Europe in 2018, including in Central and Eastern Europe. Although none of them are based in Europe[1], they are able to launch constant attacks through their trade association in Europe (Digital Europe), through whom they table unacceptable proposals that, if adopted, would deprive creators of their rightful compensation and diminish Europe’s cultural landscape. Their recent focus on the V4 countries has come through their local organisations.

The cultural and creative sector has embraced technology and constantly evolved its practices, including within the application of this crucial compensation scheme. The system evolves through technology and based on the flexible rules that EU law provides. The only archaic and undemocratic practice remains to be that of the giant manufacturers of consumer devices based outside the EU and constantly refusing to comply with EU directives and CJEU rulings requiring them to contribute to the remuneration of creators.

The aforementioned companies lobby governments to prevent adaptation of the legislation, delay agreements on the setting of tariffs for such compensation schemes, refuse the payment of set tariffs and hinder the functioning of the system through their distributors across Europe, including in the V4; or, in parallel, hide themselves behind the safe harbours of online market places to reach EU consumers directly, by-passing any and all EU regulation, including payment of private copy compensation.

Although satisfactory agreements have been reached in certain countries where the law is implemented properly, their attacks continue at political level to weaken the rules that oblige them to pay.

Weakening the current long-established system of private copy compensation would only serve the financial benefit of non-EU based manufacturers at the expense of European creators, the cultural sector and the economy as a whole.

Organisations and unions representing authors, performers, publishers and creative workers in Europe urge the European Commission, national authorities and MEPs from V4 countries to reject these outrageous demands with determination, and to defend European interests in this sector of high economic value by properly implementing national laws in the spirit of the EU directives and Court rulings.

What is the private copying compensation?

This system is based on European copyright legislation which provides an exception to copyright to allow consumers to make private copies of music or movies they lawfully acquire (Article 5.2(b) of Directive 2001/29/EC). The law requires that when this optional exception is introduced at national level it should be accompanied by a compensation scheme for the authors, performers and other rightholders. Most EU countries implemented a private copying exception via a remuneration included in the price of the consumer devices on which such copies are made. Thanks to those systems, authors, performers and other rightholders are compensated when their works are reproduced for private purposes (copies on smartphones, tablets, computers, USB sticks, etc.).

Despite the changes in consumption, private copying still remains one of the methods through which creative works (musical, artistic, literary, journalistic, audiovisual, visual arts, etc.) are enjoyed. Market researches used as basis of such compensation schemes also illustrate this evolving but continuing consumer behaviour. Whereas this compensation system was initially limited to the copying of content onto blank tapes, it evolved in time to embrace technological developments and was extended to CDs, USBs, PCs, mobile music players, smartphones, tablets and even certain online services, through the rulings of CJEU.

Currently, consumer electronics are manufactured outside Europe by a limited number of very large North American or South-East Asian companies such as Apple, Samsung, Huawei, Xiaomi, LG, Lenovo, OPPO, ONEPlus. These goods are then distributed directly by them or by online retailers like Amazon. These companies are responsible for the payment of private copying remuneration to European creators.

An economic challenge for Europe

Creators are at the core of the CCSs’ value chain. Without them, there is no creation of value. Authors, performers and creative workers, as individuals, are vulnerable and depend on their rights to be remunerated for their creative work. The private copying remuneration is an integral part of this fragile ecosystem.

AEPO-ARTIS – AEPO-ARTIS is a non-profit making organisation that represents 36 European performers’ collective management organisations from 26 different countries. The number of performers represented by the 36 member organisations of AEPO-ARTIS can be estimated at between 400,000 and 500,000. For more information: www.aepo-artis.org

ECSA – The European Composer and Songwriter Alliance represents over 30,000 professional composers and songwriters in 27 European countries. With more than 60 member organisations across Europe, the Alliance speaks for the interests of music creators of art and classical music (contemporary), film and audiovisual music, as well as popular music. http://composeralliance.org

EFJ – The European Federation of Journalists gathers over 320,000 journalists in 72 journalists’ organisations across 45 countries. The EFJ supports its affiliates to foster trade unions and to maintain or create environments in which quality, journalistic independence, pluralism, public service values and decent work in the media exist.

EuroFIA – The European group of the International Federation of Actors represents performers’ trade unions, guilds and associations in most of the EU and the EEA. It voices the professional concerns and interests of actors (in film, television, radio, theatre and live performance), broadcast professionals, dancers, singers, variety and circus artists and others, with the exception of musicians and visual artists. For more information: http://fia-actors.com

FERA – FERA – Founded in 1980, the Federation of European Screen Directors gathers 47 organisations from 35 countries and speaks for approximately 20,000 European film and TV directors, representing their cultural, creative and economic interests at national and EU level. screendirectors.eu

FSE – The Federation of Screenwriters Europe (FSE) is a network of national and regional associations, guilds and unions of writers for the screen in Europe, created in June 2001. It comprises 26 organisations from 21 countries, representing more than 7,000 screenwriters in Europe. www.federationscreenwriters.eu

GESAC – Founded in 1990, the European Grouping of Societies of Authors and Composers (GESAC) represents 33 of the main collective management societies (authors’ societies) in the European Union, Iceland, Norway and Switzerland, administering the rights and remuneration of more than 1 million authors, composers and writers in a variety of sectors (music, audiovisual, literary and visual and graphic arts) and music publishers. More information www.authorsocieties.eu

IFRRO – IFRRO is the international network of collective management organisations (CMO) and authors’ and publishers’ associations in the text and image spheres, with 156 members in more than 85 countries.

SAA – The Society of Audiovisual Authors is the association of European collective management organisations representing audiovisual authors. Its 33 members in 25 countries manage rights of over 140,000 film, television and multimedia European screenwriters and directors. More information www.saa-authors.eu and follow us on @saabrussels #WeLoveAuthors

[1] When looking at the worldwide market, top ten vendors of devices are again completely non-European companies. Only Nokia is considered as being in the 10th place according to some statistics and even for that the manufacturing take place in Taipei through a Taiwanese company who bought the right of manufacturing the Nokia devices from Microsoft for the sale and distribution of such devices by HMD Global, a Finnish company that is exclusive licensee of the Nokia brand for mobile phones.