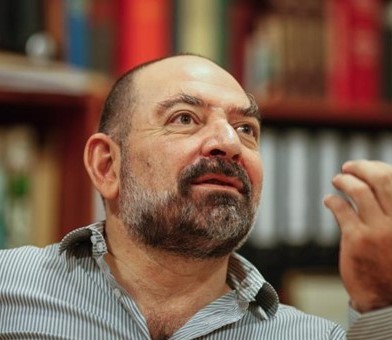 The execution of Lebanese documentary filmmaker and political scientist Lokman Slim on the night of 3rd to 4th of February 2021, on a road controlled by Hezbollah, legitimately arouses international indignation and fills us with dread.

This noble and respected figure of knowledge and free thought is gone. He was eliminated to take away his freedom of speech forever.

We pay tribute here to the imperious courage of a man of exception, an authentic resistant, serene in the tumult, unshakeable in humanism and openness. The loss is considerable, for Lebanon as for all of us.

Massaker (2004) and Tadmor (2016), the two films co-directed with his wife Monika Borgmann, unforgettable and acclaimed around the world, including in Beirut,

were an impressive extension of their joint work on Lebanese memory.

This despicable act alerts and prompts us, more vividly than ever, to mobilize in the fight against ordinary terrorism.

This assassination is not only despicable, it is also revolting because this unyielding fighter of corruption and sectarianism, far from preaching aversion, has always pleaded for pluralism and democracy, wished to overcome the traumas of the past, and advocated for the right to justice and truth.

It is also the most recent political symptom of a will, whatever the country, to repress – by imprisoning or eliminating – maverick intellectuals and artists who will not fall in line, as embarrassing witnesses to the world’s disaster.

We, the undersigned, join the call for an independent international investigation to identify and bring to justice the perpetrators and possible instigators of this ignominious assassination.

You can join the call by signing the petition via the following link:

Read and download the PDF of the Tribute here.