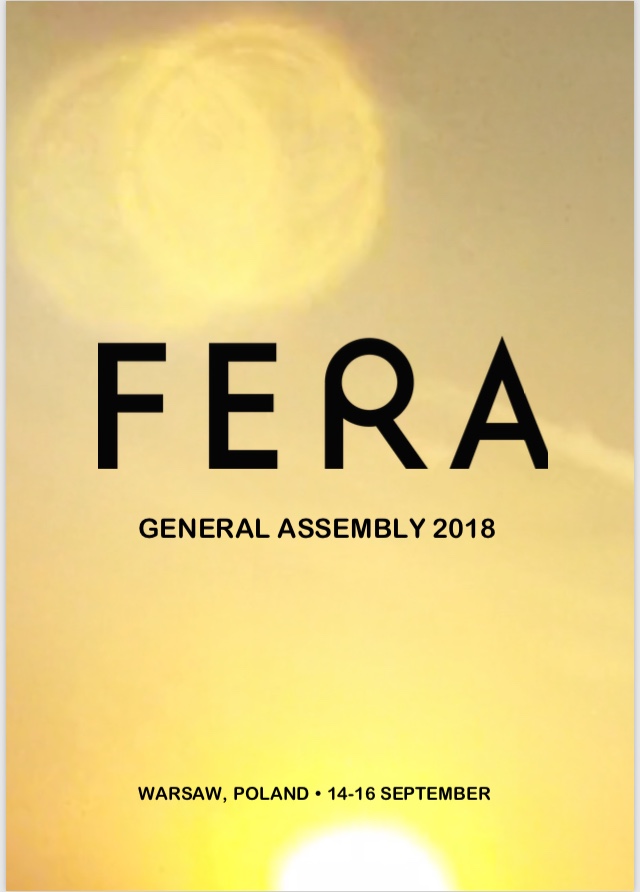 Members of the Federation of European Film Directors gathering at their annual General Assembly in Warsaw hailed the positive outcome of September 12 vote on the Copyright Directive in the EU Parliament, calling for it to mark the beginning of a new era which will see significant progress in the status and rights of Europe’s screen directors in the digital age.

The European film directing community is energized by this strong message of support sent by MEPs towards creators, which seeks to balance Internet users needs and a sustainable framework for European creation in the future.

The presentation of the results in the groundbreaking study on EU audiovisual authors’ remuneration – to be published before the end of the year – brought forward the importance of data in fighting for better working conditions and for a fairer copyright deal.

Federation of European Screenwriters Executive Officer David Kavanagh, consultant Janine Lorente, and Directors Guild of America Associate National Executive Director Bryan Unger discussed the importance of data to create momentum in favor of authors’ fair remuneration in the Copyright Directive debate, and its possible use in implementing the enhanced tools provided to authors by the Copyright Directive in order to improve contract negotiation, collective agreements and professional organizations management.

Bryan Unger detailed the Directors Guild of America approach to a globalized content market, stating that if « technology has enabled companies to harness data and act globally, so too does it allow Directors’ organizations around the world to share information and collaborate », and pointing to a new era in which directors have the tools and power to fight back against the onslaught of global media corporations, protecting their livelihood, status and creative authorship.

Twice-Oscar-nominated filmmaker Agnieszka Holland opened the General Assembly with a powerful keynote speech on the importance of maintaining the independent voice of Europe’s filmmakers against the rise of populist movements, and urging European directors to take power, telling important stories and fighting to maintain their authorship as the craft evolves with new technology.

During the ‘Directors in dialogue’ session with young Polish director Aleksandra Terpińska,  the two directors discussed  the craft of directing as well as career evolution and Agnieszka Holland described her work as starting with dreams which are then taken through a complex, rich and fulfilling collaboration process, saying that she « will not take the risk to take the limited time [she has] left to make films to make compromises ».

The impact of the #MeToo movement on gender equality campaigned was also discussed, focusing on best practices, including the need to more understanding and education on employment law as essential to fight against sexual harassment at work.

Finally, members expressed their deep concern for the welfare of their colleague Ukranian film director Oleg Sentsov, on hunger strike in a Siberian prison for over 120 days. They reiterated their condemnation of Oleg Sentsov’s illegal detention on trumped-up charges, and called for his immediate release.

Members of the Federation of European Film Directors (FERA) from 23 countries gathered in Warsaw, Poland on September 14 through 16th for its annual General Assembly, welcomed new members from Bosnia, Montenegro and Serbia, as well as a new associate member from Israel. The Assembly also extended an invitation to Palestinian Directors to become Associate Members of FERA.

The FERA 2018 GA was kindly hosted by the Polish Filmmakers Association with the support of the Polish Film Institute and the Mazovia Warsaw Film Commission.

Pdf version of the statement here