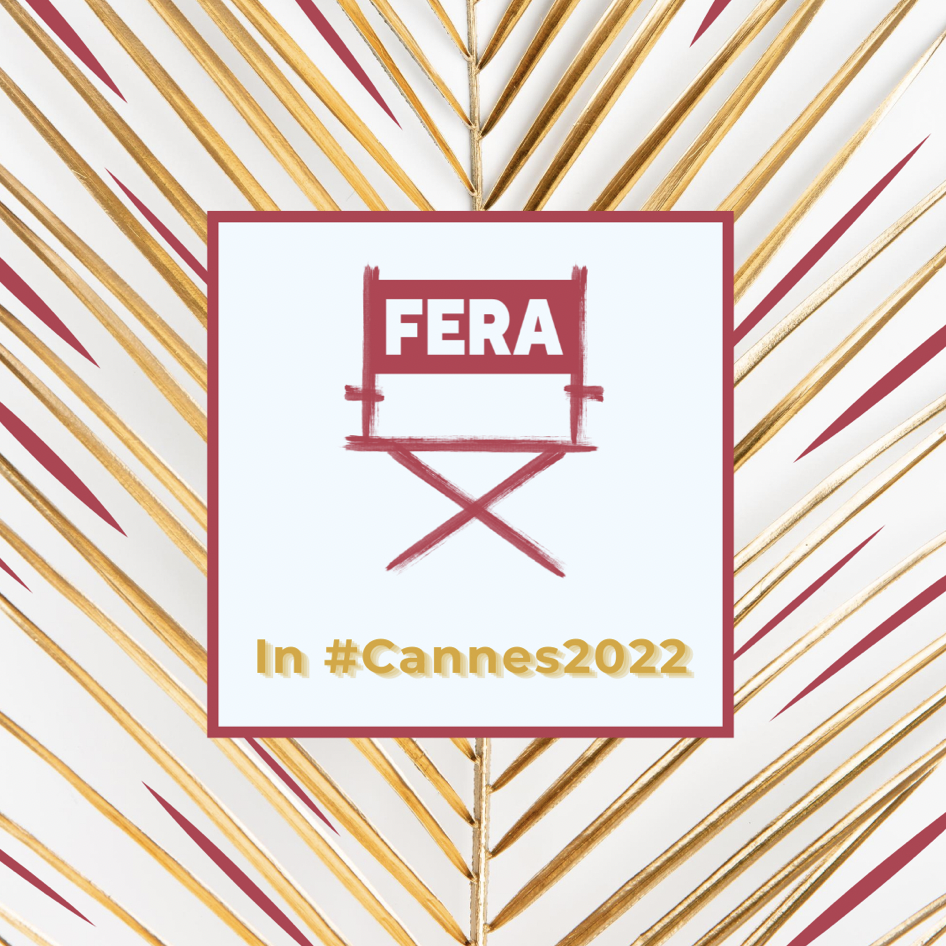 In addition to the usual bilateral meetings with our network’s delegates as well as industry players and institutions representatives, the 75th Festival de Cannes edition marked an important increase in FERA’s visibility on the Croisette through events co-organised thanks to landmark partnerships – after a year of absence due to the pandemic.

A Festive Start at the Directors’ Fortnight

On Friday May 20, FERA members were welcomed at the first EUROPEAN FILM RECEPTION in Cannes, organised by FERA and the European Film Academy, which brought together almost 400 European filmmakers and industry players from across Europe and beyond. The Directors’ Fortnight (Quinzaine des Réalisateurs) and FERA member Société des Réalisateurs de Films (S.R.F.) co-hosted the event, in collaboration with Little White Lies and Screen International. 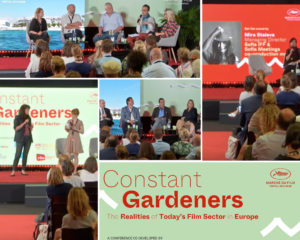 The May 23 “Constant Gardeners – Realities of Today’s Film Sector in Europe” conference discussions laid bare the need for European, national and regional policy makers to reset support to the film industry in order to create sustainable conditions for filmmakers and the cinema ecosystem at large in Europe. The event was part of the Cannes Film Market’s industry programme and co-organised by European organisations representing film directors, film directors, producers, sales agents, distributors, and cinema.

>>> Replay: you can watch the recording of the event at https://www.youtube.com/watch?v=tGl9uuE3b18 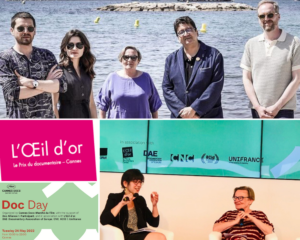 FERA then joined the Doc Day on Tuesday May 24 with an interview of Polish director and FERA Ambassador Agnieszka Holland, who was present at the festival as the Œil d’or Award Jury President, by FERA CEO Pauline Durand-Vialle. The discussion ranged from her experience as Jury president, a singular 2022 Cannes edition with reality and war very present despite the festival’s fiction escapism, to her activism fighting for European cinema.

Organised by Cannes Docs-Marché du Film, with the support of Doc Alliance & Participant, and in association with L’Œil d’or, the documentary Award created in 2015 by FERA associate member LaScam in collaboration with the Festival de Cannes, DAE-Documentary Association of Europe, CNC, ACID & Unifrance, the event aims at giving visibility to the documentary genre in the Cannes ecosystem.

Also in Cannes this year…

>>> May 19 – FOCUS 2022: Key trends in the film sector: 45 minutes in Cannes to understand the latest trends and tendences on the international cinema markets! https://www.youtube.com/watch?v=k0XiSmNUXms

>>> May 21 – Conference “Circulation of European films: is availability enough?” https://www.youtube.com/watch?v=HUr20ngdfVM

Seen in the Trade Press:

May 18 With three titles at Cannes, the Belgian film sector is riding high

May 20 Arthouse cinema in search of an audience

May 21 CineRegio members backed 59 titles from the Cannes selection

May 22 Eurimages planning to launch TV fund for indie producers

May 26 Cristian Mungiu talks topical relevance of ’R.M.N.’, helping Ukraine where he can

May 27 FNE at Cannes 2022: RIGA IFF Responds to “Cultural Colonisation” in Film Media