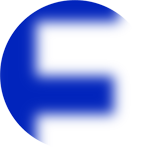 The opening session of new FERA strand Directors Looking Forward held at the Tallinn Black Nights Film Festival, heard about the importance of directors taking greater responsibility for the fate of their films in the new, emerging distribution landscape.

Under the banner ‘Directors and Distribution: Time to Take Charge?’, the session discussed how, as traditional distribution pipelines fragment, directors are stepping up to take responsibility for their films being seen from the very start of a project. These directors are forging new relationships with audiences, as they engage them in a conversation about their films before they even call ‘Cut’ for the very first time.

Danish director Christina Rosendahl, and president of the Danish directors guild told the panel ‘Directing and marketing are not two different things. They are both about someone: the director who wants to reach an audience. The director is the most important person communicating the film to the audience. You cannot leave it solely to marketing people or distributors’. She revealed how on her recent feature THE IDEALIST she had used social media to source historical research for the film, and that when it came to release in Denmark, had been compelled to create her own press and social media parallel marketing campaign for the film alongside the distributor’s traditional Print and Advertising campaign. The strategy was vindicated by exit polling that revealed that most of the audience had found the film thanks to that social media and press strategy.

FERA Chair Dan Clifton commented: ‘As film directors, we want our works to be seen by the broadest possible audience. With the traditional distribution chain fragmenting, it’s clear that new thinking is needed and as the creators of our films, directors are well placed to develop those audience hooks that ensure their films get seen and talked about.’

The session also heard from Latvian director Laila Pakalnina (DAWN), and German director Franz Müller (HAPPY HOUR), Germany who both had their features premiering in the Black Nights Film Festival Official Competition, as well as US Talent Agent Jeff Barry of ICM. Laila Pakalnina said: ‘My experience with distribution for my first feature film did not go well. Since then, I decided to distribute my new films in Latvia myself.’ Followed by director Franz Müller who stated that ‘In Germany, producers have an entrepreneur mentality, they only make sure you stay within the production’s budget, once the film is done, you’re on your own in terms of distribution.’ 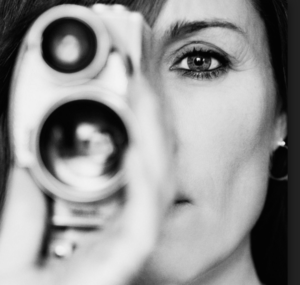 1. Take full responsibility for your films’ success, including meeting the audience.

2. Stop talking about THE audience. Talk about YOUR audience.

3. Don’t use middle-men. Connect directly to your audience.

4. Obscurity is the enemy. Be personal, be radical, be clear.

5. The director is not a marketing robot selling a product. The director has a vision for humanity that the audience wants to be part of.

6. Ask yourself what you can give to the audience, not what you want from them.

7. Create things around your film that cannot be copied.

8. Experiment to find new ways. Don’t be afraid of failure.

9. Change takes time. Both the audience and the filmmakers need time to change.

10. Stop criticising. Surprise everyone with your great ideas.

Christina Rosendahl is the president of the Danish Directors Guild. 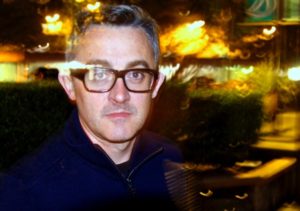 FERA’s chairman, Dan Clifton has been interviewed by David González for Cineuropa, check out the full interview on the following link: