Directors in Dialogue will take place on Sunday March 20 at 12:00 at Sofia’s Cinema House. The event will be followed by a screening of Michaël R. Roskam’s film Bullhead, more info here.

The idea behind Directors in Dialogue is to develop a practical European cross border cooperation between directors, and to bring these cultural exchanges to filmmakers attending the festival and the general public.   As Directors, we rarely have the chance to see each other at work, yet the creative and professional challenges we face are remarkably similar, whether working on a high budget feature or a self-funded short.  FERA believes that at a time of extraordinary change in European cinema, facilitating this dialogue is a way of fostering reflection and sharing insights in a way that can only benefit Europe’s filmmakers, as they face the challenges of the future.

The discussion will be moderated by FERA Chair Dan CLIFTON (UK). 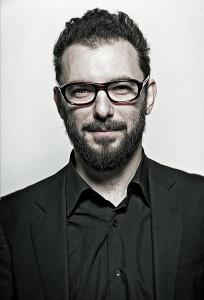 Michaël R. Roskam attended St. Lucas Academy of Fine Arts in Brussels, where he studied painting and contemporary art, and the Binger Film Institute in Amsterdam where he graduated in 2005 with a master’s degree in script writing. After several jobs as a journalist for Flemish newspaper De Morgen and a copywriter, he directed his first short film entitled Haun in 2002. This was followed by Carlo (2004), another short film which won the Audience Award at Leuven International Short Film Festival. In 2005, he made The One Thing To Do and, in 2007, Today is Friday, based on an Ernest Hemingway short story, that was filmed in Los Angeles.

Roskam made his feature film debut with Bullhead  (prod. Savage Film) which was released in 2011. In 2012 the film was nominated for an Academy Award for Best Foreign Language Film. He was named by Variety one of the “10 directors to watch”. For Bullhead he received the Magritte Award for Best Screenplay and the André Cavens Award for Best Film by the Belgian Film Critics Association (UCC), among over 35 other international awards. In June 2012, Roskam was invited to join the Academy of Motion Picture Arts and Sciences. Bullhead became a major critical and commercial success, while launching the careers of actor Matthias Schoenaerts and DOP Nicolas Karakatsanis, who have both become Roskam’s close collaborators. 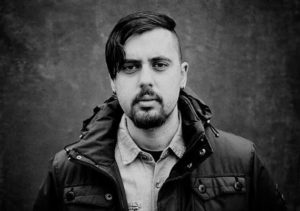 Pavel G. Vesnakov is an award winning Bulgarian film director born in 1987. He holds a Bachelor’s degree in Visual Arts and a Master’s Degree in Film Arts from the New Bulgarian University. He is additionally a Berlinale Talent Campus and Sarajevo Talent Campus alumnae. He is famous for his highly realistic and provocative ideas exploring the degradation of contemporary Bulgarian society.

His short film Pride has won the Grand Prix in the International Competition Category of the Clermont-Ferrand Short Film Festival. It was also recently nominated for Best Short Film at the 2014 edition of the European Academy Awards. Recently he received the Robert Bosch Eastern European Co-Production Film Prize for his forth short film Zeus.
Tweet
Share
Share
WhatsApp