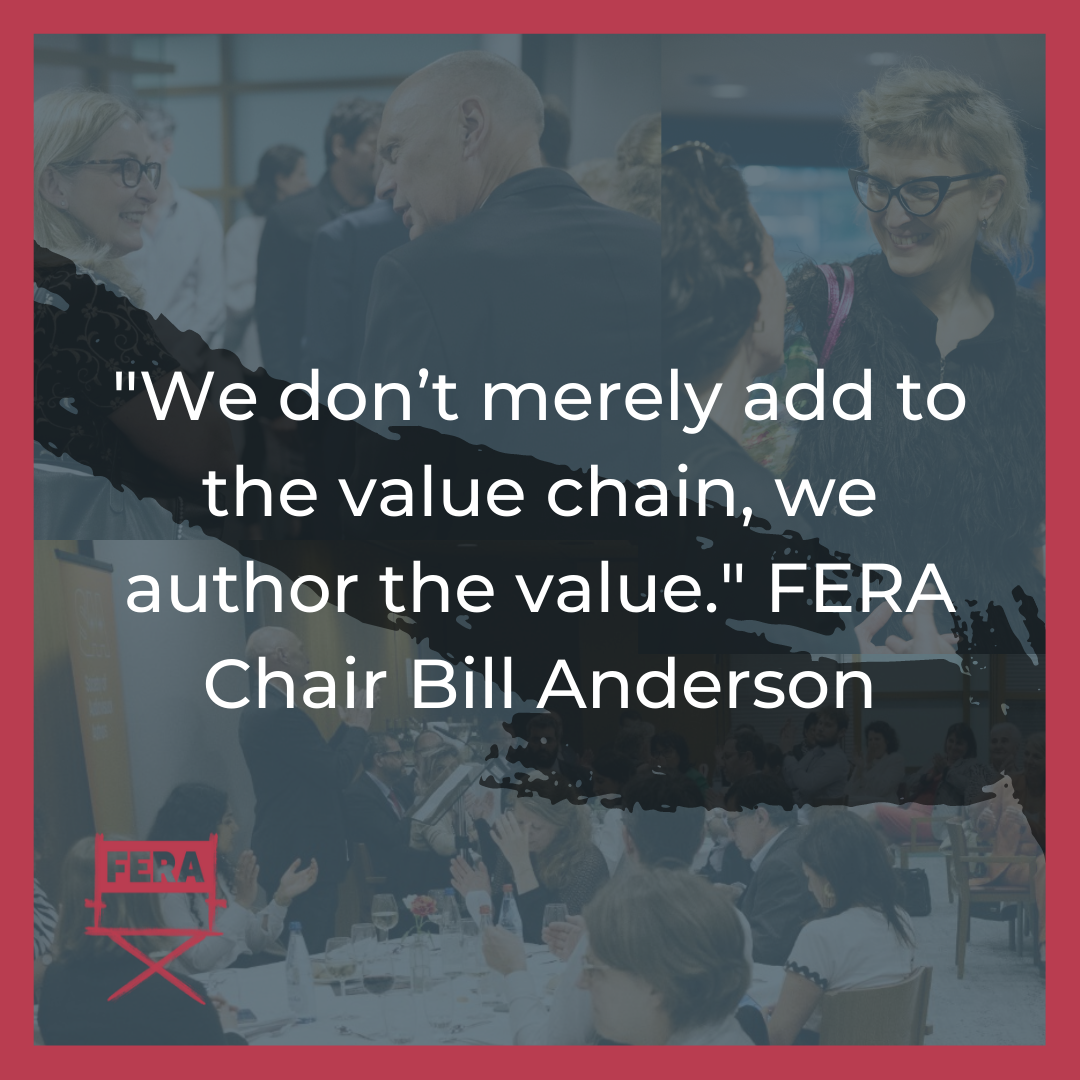 The LUX Audience Award 2022 two-day celebration events in Strasbourg laid the groundwork for Members of the European Parliament to come together in support of European cinema.

On June 7, FERA partnered in the 7th edition of the “One Day in Strasbourg” event organised by the SAA (Society of Audiovisual Authors), also in partnership with the Lux Audience Award (previous LUX Film Prize) and FSE (Federation of Screenwriters in Europe), with a dinner gathering at the European Parliament to celebrate European cinema, its cultural diversity and its creators.

“As a working screen director and chair of FERA, it’s an honour to be speaking as part of the LUX Award’s celebration of three truly wonderful films that are each the incarnations of their directors’ passion. They are all triumphs of creative vision, and so the European Parliament has generously delegated the unenviable task of picking a winner to their audience. And this is key.

Because both the Creative Europe Media Programme and all the Global streamers are currently championing global reach. And European Screen Directors fully support this goal. But global reach is not about production pipelines, platform “content”, or even making screens shimmer and loudspeakers vibrate all over the world – it is about stories with universal appeal reaching across our planet and touching human beings’ hearts, engaging minds, connecting souls. Screen directors author these audiovisual stories. We don’t merely add to the value chain, we author the value.

More people now spend more time and more money on screen stories than any other kind. Everyone can now understand and enjoy the most sophisticated audiovisual narratives.
But hardly anyone has any experience of how to tell those stories. Directors do.
We know how to make moving pictures articulate the magic we all see on screen.
A good director does it without you even noticing their spell, but this is not some effortless trick – we corral a huge diversity of craft skills to rigorously forge a creative vision into a meticulously precise narrative – with the singular aim of connecting to our fellow human beings.

But even with the most passionate screen stories, being available is not the same as being seen –ask any unrequited lover! Distribution is the cupid of audiovisual storytelling. One dream is a European streamer to showcase European work. But it can and must offer something different from the American models. Algorithms based on historical viewing data, however sophisticated, are always backward-looking. But that is not our only direction of travel. Back-catalogues are not enough. Here and now, all of us yearn to be understood by stories that offer us paths into our futures. And it’s not algorithms that deliver those audiovisual stories, it’s authors – Jasmila Žbanić, Sebastian Meise, Jonas Poher Rasmussen –we salute you!”

President of the European Parliament Roberta Metsola, who handed over the award to Jasmila Žbanić, said:

“The European Parliament stands clearly for freedom of expression in film, for directors, storytellers, and authors alike. The LUX Audience Award builds bridges between our political work and the creative work of filmmakers in Europe. LUX films echo through art the sentiment of the fight for civil rights, human rights, justice, democracy, and freedom. This year, the three LUX Award nominees share a common message: the struggle for freedom, a fundamental value of the European Union […] All three shortlisted films draw from history, but their subjects are extremely topical today. [“Quo Vadis, Aida?”]is a strong call for justice for the women and mothers of Srebrenica who witnessed the atrocious killing of over 8 thousand loved ones. Such horrendous atrocities and crimes against humanity must never be forgotten”.