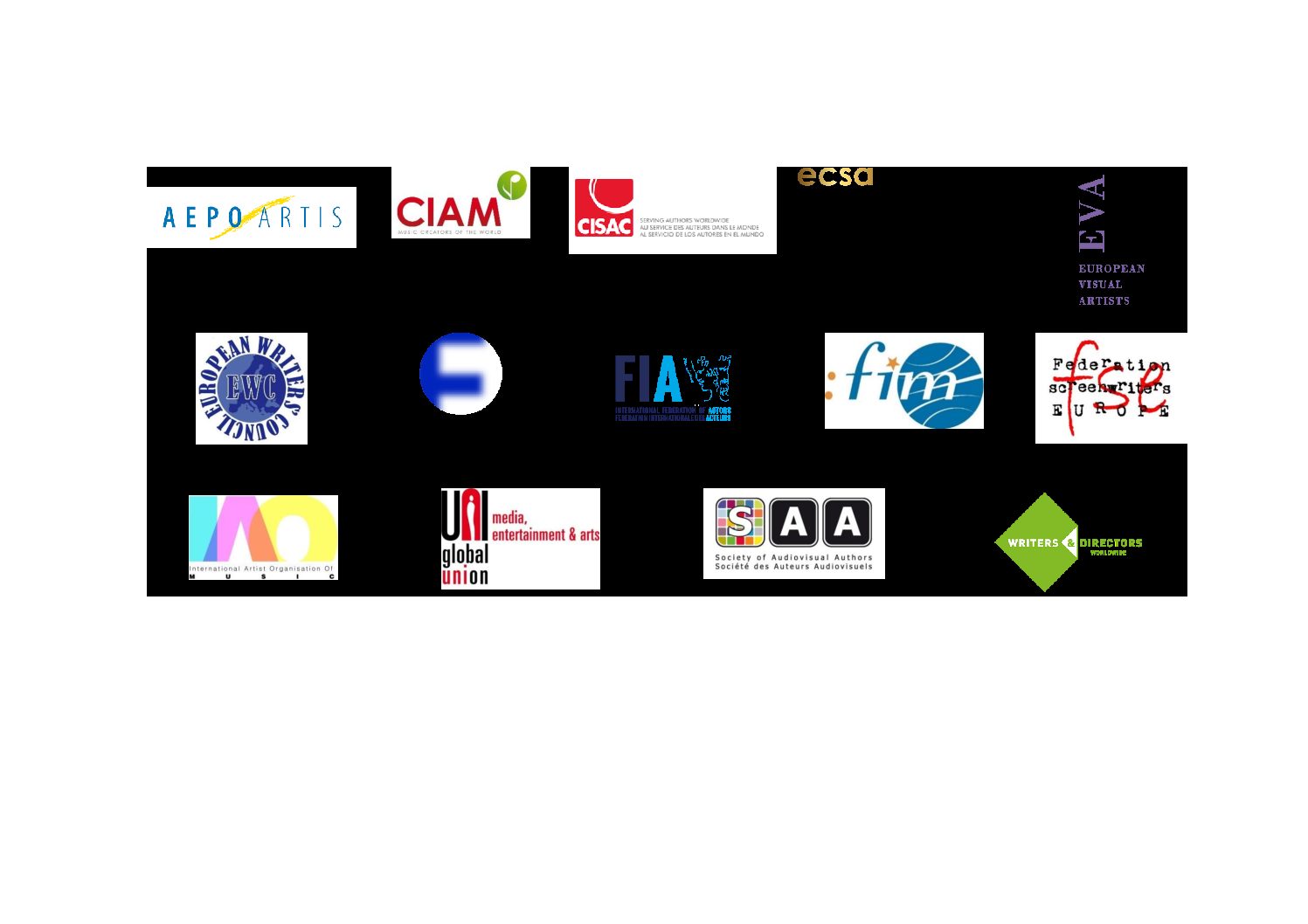 As the negotiatons on the proposed Directive on Copyright in the Digital Single Market are drawing to a conclusion, European and international authors and performers’ organisations from all sectors urge the EU negotiators to strengthen the much-needed Article -14 providing for fair and proportionate remuneration for authors and performers, and to adopt Articles 14, 15 and 16 as they stand, as a first step in the right direction to reform EU copyright to the benefit of Europe’s authors and performers.

The opening provision in Chapter 3 sets a fundamental guiding principle for the remuneration of authors and performers, which should be fair and proportionate to all revenues generated by their work.

Capital and business in the cultural and creative industries have long enjoyed a dominant position over authors and performers, who are grossly underpaid for their work and can barely sustain a decent living as freelancers or employees. The overall regulatory environment supporting the cultural and creative industries does not adequately protect them, as the weakest party, it mostly supports the industry.

The core value of the copyright licensing system relies on the creativity of authors and performers. Their remuneration should therefore be at the heart of the industries’ business model and not be considered merely as an adjustment variable.

We call on the EU institutions to strengthen Article -14 and Recital 39y and caution against the adoption of any element that would marginalise authors and performers or deprive them of a fair and proportionate share of the revenue generated by their work.

It is now up to the Council, the European Parliament and Commission to deliver on previous general statements in favour of authors and performers. It is time to agree, in this last round of trilogue negotiations, on a meaningful Article -14 that is a first step forward in ensuring Member States provide authors and performers with a fair and equitable remuneration from digital services when their works and performances are made available online. We also urge the Council, the European Parliament and Commission to adopt Articles 14, 15 and 16 as they currently are and resist calls to weaken them further.

Federation of Screenwriters in Europe

International Confederation of Societies of Authors and Composers