News From FERA members: How do we guarantee the future of Swedish film? 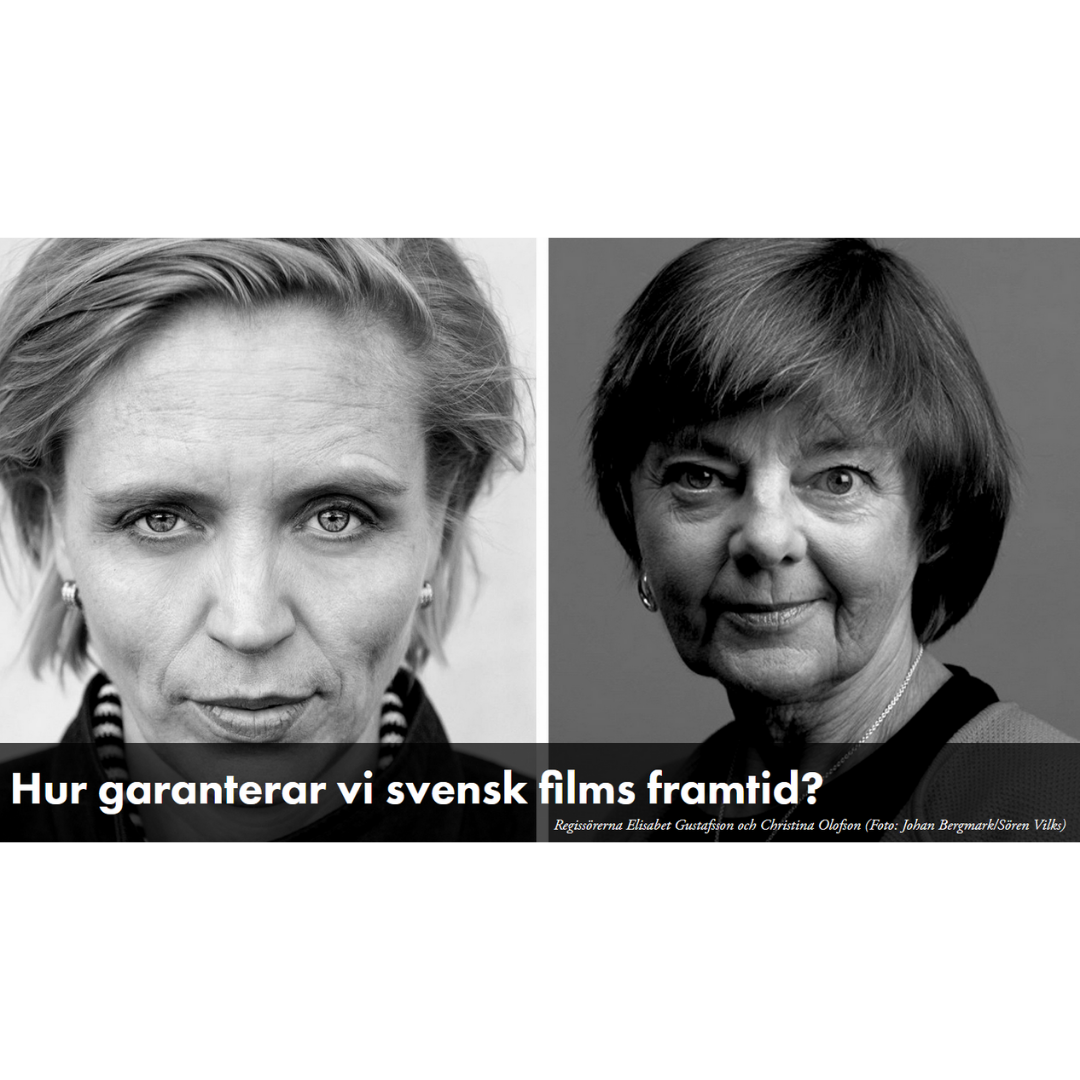 Cinemas are empty, crisis support after crisis support is paid out while streaming services are making strong progress. The restart of work in the film and culture sector is underway after the pandemic. But how will Swedish film be financed in the future? We have a proposal and turn to our politicians: look up, think long-term and above all: let more parts of the production chain participate and contribute financially to Swedish film production.

Before we explain what we mean, let’s go back a little. When the Film Agreement[1] was about to end, we were four film directors who wrote a consultation response (2015). There we presented an ambitious financing model, then inspired by the Polish film law. In short, our proposal was that the state would provide half of the money, and the other half would come from all parties that made money from showing films. A more modernised ecosystem than the old Film Agreement, and where everyone would benefit from the constant growth of films – new voices and diversity. It included cinemas, the DVD market, ISPs and cable TV companies. With only 1.5 percent of their sales, we would get a real addition to Swedish film production. Note how fast the development has taken place, as none of the streaming services were included in the calculations. Unfortunately, the proposal was rejected in a single sentence by the Ministry of Culture. Others smiled at our naive dreams.

But we were somewhat on the trail. The European Parliament adopted the AVMS Directive (Audiovisual Media Services Directive) in 2018. It coordinates regulations on various audiovisual media services. Now, for example, each country must guarantee that at least 30% of the catalogues of film and television production are European. This is mandatory.

However, it is up to each Member State to voluntarily require all streaming services (like for example, Netflix, HBO, Disney +, Amazon Prime) to contribute financially to national film and TV productions with a percentage of their sales in each country (Article 13.2). The money can, for example, go to national film funds or to original productions.

What does it look like today? There are big differences between the EU countries and negotiations regarding the transposition are in full swing. Several countries have always had a positive attitude towards this levy, such as Spain, Germany, Italy and Belgium. In France, which is an exception on one side, they are now negotiating to demand a 20-25% tax on these companies’ French turnover. Other countries, such as the Netherlands and Poland, have begun to rethink their stance after an initial negative response. In six months, Poland has received two million EUR for a 1.5% levy on sales of VOD services. Discussions and negotiations are also ongoing  among our Nordic neighbours.

What about Sweden then? Sweden has said no to fees for these media services and that will give us a minority position in the EU. We believe that this is a big mistake for several reasons.

We need a long-term financing model. The film has been heavily underfunded for several years. This complicates the production of valuable Swedish films and weakens freedom of expression and public discourse.

In the event of a new Minister of Culture with other cultural policy priorities, there is a risk that the debate will intensify even more as to where should public funds go.

The pandemic has accelerated the market dominance of streaming services, while cinemas and the cultural field have received public funding to survive.

Why then should streaming services pay for other people’s productions? In the old Film Agreement that ended in 2017, all parties (cinema owners, screening organizations, the regions, SVT, the production companies together with the state) contributed financially to Swedish film production. 10% of the movie ticket went back into film production, whether it was a best-selling American film or an arthouse production. We now need to get back a long-term and predictable financing scheme that guarantees diversity and quality. The streaming services make big profits on an “infrastructure” that the state has been involved in financing and building up for decades.

Today the ecosystem from the previous Film Agreement no longer exists. But thanks to the AVMS Directive, Sweden can do like other European countries and ensure a financial base for Swedish film. Why not take advantage of it? If Swedish politicians believe that Film is a national matter when drafting state film policy, then it must also be possible to ensure long-term financing for the sector.

Look up and prepare for the future that is already here.

[1] The Film Agreement was initiated when the film Institute in Sweden was founded, in 1963, where 10 % levy on the cinema admission went back to the institute. It ended in 2017 read more here – https://www.filminstitutet.se/globalassets/4.-om-oss/svenska-filminstitutet/engelsk-media/the-2006-film-agreement.pdf

This is an English translation of the Swedish text written by Christina Olofson, Elisabet Gustafsson, Carl Javér, Karin Wegsjö, Maria Eriksson-Hecht and Linda Callenholt, for the Board Swedish Film Directors/The Swedish Union for Performing Arts and Film.

Access & read the text in Swedish initially published in “Point of View” here.