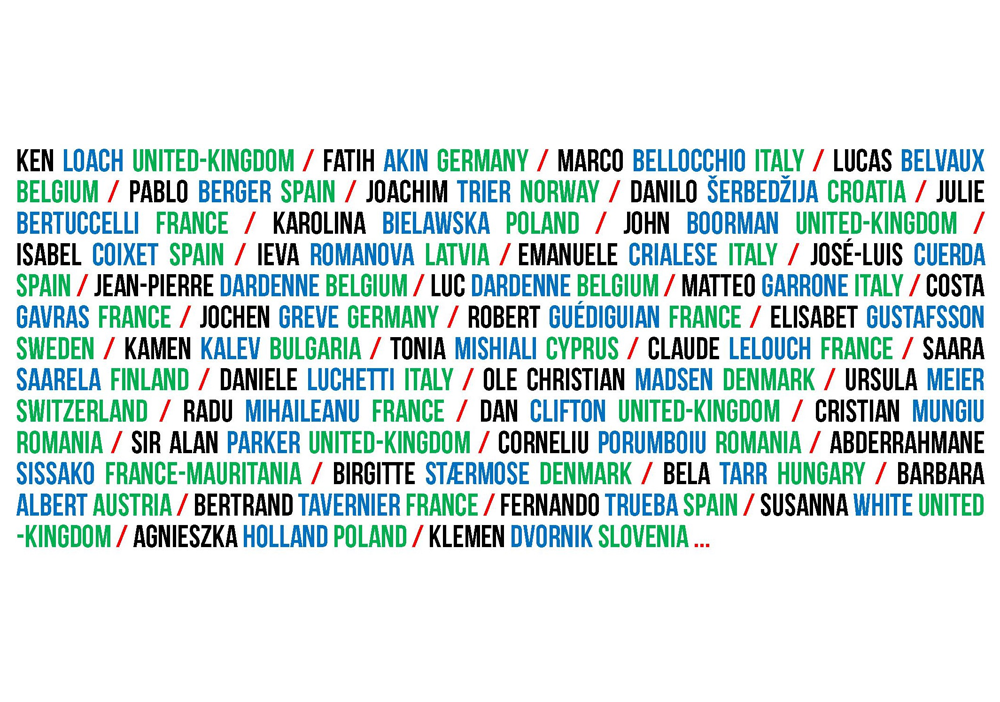 European culture means putting together all singularities, all ways of life and points of view, all traditions, languages and histories that define each country. At the time of Brexit and rising nationalisms, Europe must understand that its strength lies in its ability to trigger dialogue between the Union and specific nations and identities. This is a strength, not a weakness; failing to grasp such a duality would lead to our ruin.

We filmmakers carry out a European project truly dedicated to creation, with cultural exception as a rule. We are convinced that the digital era is a great opportunity for creation and the circulation of films: diversity can thus be shown in each Member State, to all audiences. There is no such thing as small or big European state when it comes to creation; there is a rich and incredible variety of perspectives.

The digital era, with new technologies and practices, must be the occasion to provide strong visions and political ambitions! As key political decisions are about to be made this year with important consequences at hand, we European filmmakers, claim:

Fighting against piracy is an absolute and common priority for European institutions and Member States. Each film, and each aspect of the working process to carry it through, have a value! There is a possibility for a greater Europe of Creation if we, at the heart of the digital economy, reaffirm our commitment to the defense of fundamental rights and a balanced sharing of values between all actors of the chain.

Besides, the draft Directive on Copyright in the Digital Single Market is a unique opportunity to ensure that authors earn fair, proportional and inalienable remuneration when their films and audiovisual works are watched on digital platforms. It is time to put in place a European mechanism that guarantee authors a fair remuneration for the on-demand exploitation of their works all around Europe.

A video platform or broadcaster that benefits from the broadcast of a film can in no way be exempted from contributing to the financing of its creation. In the frame of the Audiovisual Media Services directive (AVMS), we must ensure that each broadcast which aims audiences from a Member State, whatever its medium to reach audiences (platform, free or on demand TV channels, terrestrial or digital broadcasting), strictly applies the rules of the country.

The “country of destination” rule will enable each Member State to freely define the degree of investment of all actors (including video platforms) in the production of works at the national scale, and thus to lead its cultural policy at the service of creative diversity. Moreover, the 30% rate of European works in digital platform catalogues, such as established in the revised directive, is only a floor rate, leaving all scope for Member States to set the limit higher.

In the frame of this new AMS directive, let’s also ensure actual and efficient controlling for these broadcast and contribution duties to be respected, and for any actor who would not fulfil them to be condemned with penalties. Let this be guaranteed by an independent European authority that would be powerful enough to impose its decisions, or by regulatory institutions in each country.

We also stand for the principle of territoriality and its application throughout Europe, rejecting the broadcast of works in countries where rights have not been purchased. In the frame of the cable and satellite regulation, we must ensure that filmmakers and the most fragile film industries have all necessary means at their disposal to finance their works and that any circumvention strategy is fought against.

CONTINUING THE MEDIA PROGRAMME TO FULFIL ITS DOUBLE PURPOSE, BOTH CULTURAL AND ECONOMIC

Since more than 25 years, the European Commission MEDIA Programme has played a key role for the vitality of cultural diversity. For instance, a third of the movies produced in Europe have benefited from a support for their distribution and circulation throughout Europe, and since 2001, MEDIA has sponsored 14 films that later got a Palme d’Or.

Being already one of the smallest European Commission sponsoring programme and the only one dedicated to our industry, the MEDIA Programme is currently at the heart of European budgetary debates and its funds could be further reduced. In awareness of its key role in supporting films and having audiences discover them, let’s continue and reinforce this programme, a true symbol of Europe’s attachment to cinema. There are too many challenges at stake: let’s give ourselves the means to reach our objectives and imagine new ways of cooperation for a better production, promotion and circulation of works.

FAIR TAXATION FOR EUROPE (AND THE WORLD)

While citizens and small or medium-sized companies take part in collective efforts by paying taxes on territories where they make business, the FANGs companies (Google, Amazon, Facebook, Apple, Netflix) and some global actors are »legally » exempted from doing so, or only contribute in a ridiculously minimal way. Such injustice infuriates people and increases unfair competition between virtuous and non-virtuous actors. FANGs are American companies that benefit from the political support of their country of origin. To keep a strong position in the future, Europe has to create laws that are fitted for the current digital world, so as to impose fair rules; should it not be so, this would lead to the arising of »anti-culture paradise states » inside the Union itself, like Trojan horses of the mainstream.

LASTLY, LET’s bring together europe and cinema even more closely

Innovating solutions are also necessary. Let’s take advantage of the digital era so there are no longer white areas where works are unavailable. Cinema must permeate all territories, in all its diversity; a European indexing tool would encourage the circulation of films in the Member States where they remain unavailable several years after their initial release.

Let’s work together with platforms and urge them to editorialize European cinema and promote it in the eyes of millions of viewers in EU-Member States. When transposing the directive into national legislation, let’s have ambition for these services and, country after country, go beyond the floor rate of 30% of European works which will be soon mandatory through EU law.

Lastly, let’s promote our most beautiful creative works through a »Festival of European filmmakers » showing the award-winning films of each country and traveling in all European capital cities. Let’s invite audiences to support European diversity.

All of us, creators, citizens or political actors, let’s join forces on common values and culture that bring us together. Filmmakers and citizens are carefully following the debates that are being held right now between the European Commission, the Council and the Parliament. Facing such deadlines, let’s proudly stand for a lively European cinema, available to the most people possible, broadcast by all means possible, inside and outside our continent. Let’s be up to this challenge.